We have some beautiful stained glass windows in our sanctuary and chapel. Below is a description of each with the details of what each one represents.

Most of the wood and metal artwork throughout Ascension, including the hanging crucifix, were designed and crafted by the Rev. Father Bohdan Kosicki. 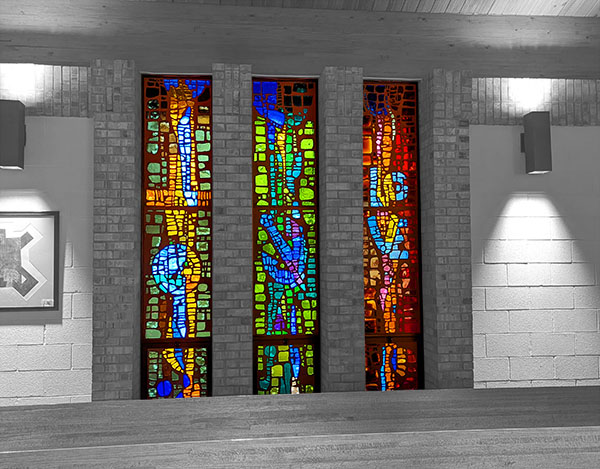 The three faceted glass windows on the side of the nave symbolize faith, hope, and love, the products of the Holy Spirit’s work in the people of the church. The window on the left includes the cross, a traditional symbol of Christian faith. In gold tones, the cross illuminates the globe of the earth, thus linking earth to God above.

Hope, symbolized by an anchor, is shown in the middle window. Green, the traditional color for hope, dominates the background in the form of a green tree of life.

The letters LO-VE, spaced in a square, were first designed thus by the artist Robert Indiana. From the blue of God’s love a river of gold and orange pours down to earth. 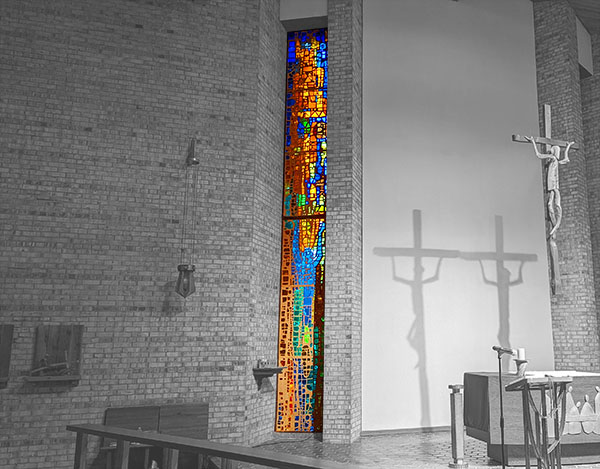 The faceted glass window flanking the west side of the chancel illustrates the figure of Christ ascending to heaven. A dark area at the bottom indicates the earth left behind. The silhouetted gray figure combines the black of earth and the white of heaven, thereby representing immortality. The celestial city at the top is in oranges and earth tones against a blue background. The horizontal lines of the window suggest a ladder (representing Jacob’s ladder) and symbolize the human desire to be united with God. 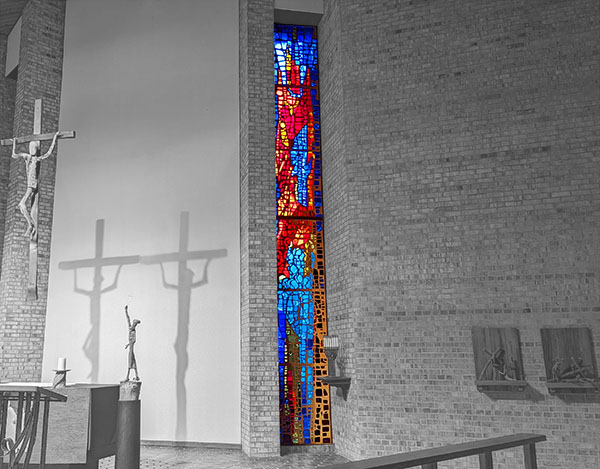 Jesus ascended into heaven that He might send the Holy Spirit upon God’s people. The window on the east side of the chancel represents the pouring out of the Holy Spirit upon the church. The heavenly fire envelopes the descending white dove at Pentecost and then continually. The people gathered below are in tones of blue, the spiritual color. 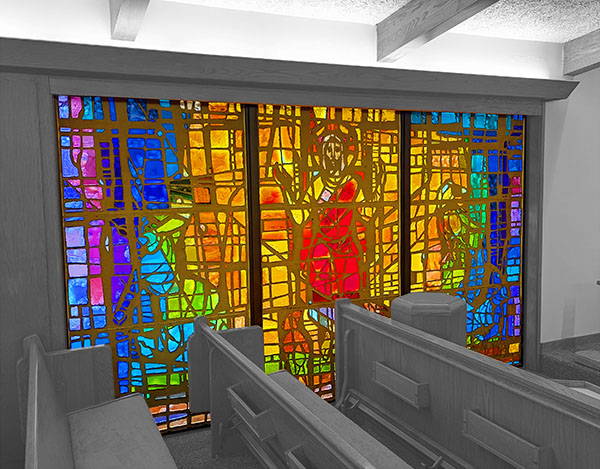 The central figure in the window is Christ, the Son of Man, coming in glory and sitting on His throne. His glory encompasses Stephan, the first martyr who was stoned to death, on His right (“full of the Holy Spirit, looked up to heaven and saw God’s glory and Jesus standing at the right side of God”) and St. Paul on His left. Paul was converted while on the way to Damascus to persecute and destroy the Christians there. A bright light knocked him from his horse to the ground and Jesus identified Himself to Saul, who later changed his name to Paul to indicate his total change in belief. 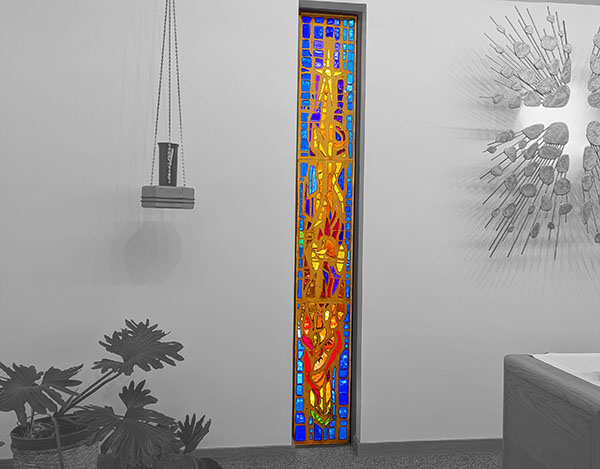 The symbolism on the window to the left of the chapel altar, from the top to the bottom: 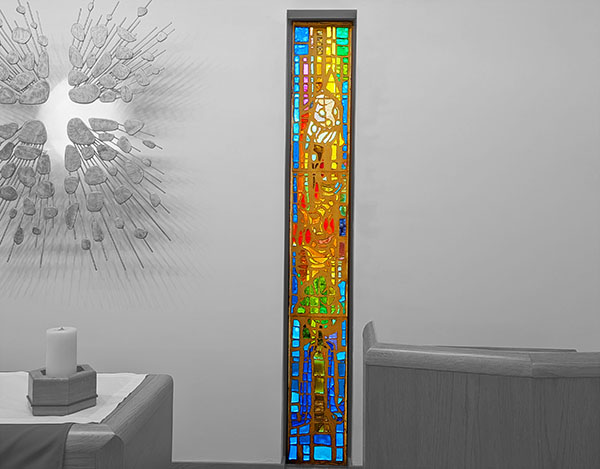 The symbolism on the window to the right of the chapel altar, from the top to the bottom: